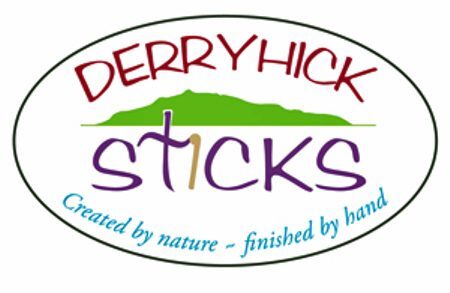 Menu
Back to all Sticks

Blackthorn walking sticks are among the most sought after of all traditional walking sticks, both for their appearance and for their heritage. The blackthorn is a shrubby bush with vicious thorns and a suckering habit, so that it forms dense hedges through which livestock cannot escape. Indeed, the impenetrable forest in the fairytale Sleeping Beauty is said to have been a blackthorn thicket. It grows particularly well in Ireland and England, where blackthorn sticks cut from hedges have been popular for many centuries. The bark of the blackthorn walking stick can be any color from reddish-brown through to almost black. The spines, which can cause extremely sore poisoning if the stick cutter impales his hand on them, are cut back and sanded to produce a distinctive stick. A particular characteristic of blackthorn is that the arrangement of the thorns forms a spiral shape around the shaft of the stick. On the very best blackthorn sticks, it is possible to see that the thorns are arranged in little groups of three.

It seems we can't find what you're looking for.

Now that you have selected your wood species, you can filter the available sticks from your chosen wood species by size.
show blocks helper

Width (in) This width is measured at the lower tip.

Length (in) Select the ideal length of your stick(s).

Weight (oz) Select the ideal weight for your stick9s).